My name is Tiffany.  I’ve lived with epilepsy for over 10 years, having survived a seizure-car crash.  I’d been married for only four months at this time.  After diagnosis, I had to stop working, my husband and I lost our home, and had to begin our lives all over again.  Inspired by this tragedy, we began researching my condition in order to better my life and the lives of others affected by this condition.  We created an online community and organization – The Epilepsy Network (TEN) and also, I created a personal blog about my journey living with epilepsy (tiffanykairos.com) I have now been advocating for this cause for over seven years and it has and always will be a mission and passion of mine.  Being a woman can be challenging enough but being a woman with a chronic illness, epilepsy in my case, is an even greater challenge.  Testing me in every which way.  Physically, mentally, emotionally and spiritually. 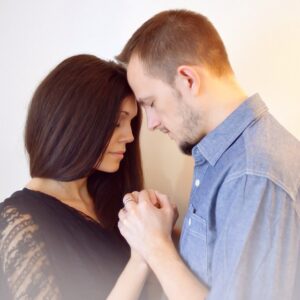 When my husband and I had gotten married, I was elated at the thought of starting a family.  I’d always wanted to be a mother.  Four months after we’d gotten married, I had a grand mal seizure while driving to the store and crashed into a tree.  A few days later, I was diagnosed with epilepsy. I was prescribed medication and from that point on, I struggled to control my seizures.  Several tests, hospital stays, medication changes, and adjustments, I still found it difficult to manage them.  I’ve been on a lot of medication to prevent seizures as best as possible but the amount and the chance of a potentially large seizure makes this too risky to consider pregnancy.  This broke my heart for quite some time, but I have faith in miracles.  Not only that but there are several other beautiful options to explore.  Right now, I have two adorable furbabies who I am so thankful for.