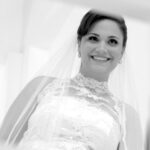 On August 22, 2011 Carolina Barcelos Carneiro de Oliveira Miller passed away as a result of Sudden Unexpected Death in Epilepsy (SUDEP.) She was just 25 years old and she was my wife.

Carolina was born and raised in Minas Gerais, Brazil. Her father an accomplished pilot, her mother once ran a successful stationary store but later opted to be a full-time homemaker. Carolina was the oldest of three children, with one brother and one sister. She was also the oldest of her very close, extended family of cousins, friends, aunts & uncles, who more often than not looked up to her.

In her teenage years, Carolina was diagnosed with epilepsy. There wasn’t a single significant event that could be pinpointed as a cause. Confusing and frustrating. But in their typical fashion, Carolina and her family’s resilient spirit gave them no choice but to work through it. She actively engaged the best neurologists in Brazil. She had regular brain scans. She began taking medications daily to suppress her seizures, which were pretty infrequent; she’d have one every few years or so.

Carolina did keep her epilepsy mostly private due to the stigma far too often associated with it. Very few friends and family were fully aware. Again, it was something that was pretty well controlled and so she kept it on a need-to-know basis.

Carolina and I met in 2006 while she was visiting family in the US. We hit it off immediately after a first date where seemingly everything went wrong. Well, except for one thing, we were now in each others’ worlds. Which couldn’t have been more right. We spent the next few years growing closer and closer as she returned to Brazil to earn her law degree. It was in 2009 that I travelled to Brazil to attend her graduation. I had the honor of being her second dance (the first being her father naturally.) It was during this visit that Carolina and I really began planning our future together. But, Carolina wanted to earn her spot in the Sao Paolo Bar Association before we really got serious. Which she did. First try.

We married in September of 2009 in Uberaba, MG Brazil. Her home town. Friends and family travelled from all over Brazil and the US to join us in celebrating our union. They were treated to me stumbling through a ceremony that was mostly in Portuguese. I did my best, which Carolina most thoroughly appreciated.

We followed that with a reception in the US at Grounds for Sculpture in Hamilton NJ, where we lived. And we began our lives together.

Carolina and I, although only married for slightly less than two years, lived a lot of life in a short period of time. We shared spontaneity and a passion for life that served us well. We travelled (Brazil, Los Angeles, New York, Washington DC, Baltimore, Philadelphia, Jersey Shore, Niagara Falls.) We saw countless concerts, plays and movies. We tried almost every restaurant I can name. The new relationship shine we enjoyed never wore off and for that I am eternally grateful.

Then, with Carolina’s passing, that all came to a tragic end.

After returning Carolina back home to Brazil, where she now rests, I began working with various epilepsy charities to honor Carolina. I have been working tirelessly on a series of epilepsy awareness concerts (among many other things) in her honor. But not only in her honor, but to raise awareness and fight the stigma of epilepsy. To spread the facts. To move the message forward about epilepsy in the hopes that someday, someone does not have to suffer a similar tragic loss.

One more thing I’d like to share is about SUDEP in particular. It is really a little known and less understood aspect of epilepsy, but it’s real. Very real and very tragic. The statistics that I have heard are that 1 in 1000 people with epilepsy who are undergoing active treatment (meds, nerve stimulators, surgery) still fall to SUDEP. The number for those people with epilepsy NOT undergoing treatment is 1 in 150. A huge number. Actually a higher fatality rate than breast cancer (not to single that out, both are awful, but just to demonstrate severity versus awareness.) And so there really needs to be an increased awareness about epilepsy and SUDEP particularly.

The recent report from the Institute of Medicine (www.IOM.edu) indicated that 1 in 26 people will develop epilepsy in their lifetime. 1 in 26. This is nothing short of alarming. And should serve as an alarm to the epilepsy community. The stigma needs to be eradicated. Seizures cannot be the punch-line to a joke anymore. SUDEP needs to be known. The fact that epilepsy is a spectrum of disorders needs to be known. The culture needs to change. And we can do it. Hopefully one day a cause and cure can be discovered for epilepsy. As a community we must work on this tirelessly and every day. Because it’s here now. People are diagnosed and die as a result of SUDEP every single day. People’s lives are inhibited or tragically lost every single day because of seizures. It’s urgent. And take it from me, you never know if you have a tomorrow so make the difference today. It’s never too soon, it can only be too late.