How Social Stigma Affects Quality of Healthcare in Latinx Community

Epilepsy is a historically misunderstood disease. While professionals are more knowledgeable, community and general knowledge is highly lacking. Approximately 65 million people in the world have some form of epilepsy, and 1 in 26 will develop epilepsy in their lifetime (Sirven & Shafer, 2014). Despite a large patient population, stigma against epilepsy remains high in developed and developing countries due to poor public awareness and limited effective treatments (Theodore, et al., 2006). This pervasive stigma limits access to quality healthcare for people with epilepsy in the United States and Latin American communities. Stigma is perpetuated by circulation of myths about the disease and insufficient knowledge at the medical, community, and personal levels.

So how do we solve this problem? Education is key. Awareness is the first step.

Epilepsy is a complicated neurological disease due to its various manifestations of symptoms. Physicians and researchers classify epileptic seizures in two ways: generalized or focal seizures. Generalized seizures are synchronous electrical discharges over a large portion of the brain that do not have a specific area of origin that result in  grand mal or “tonic-clonic” seizures and/or petit mal or “absence” seizures. These types of convulsions are the stereotypical seizures generally portrayed in social media and television. Alternatively, localization-related or focal seizures are synchronous electrical discharges that originate from a specific region in the brain, also known as a “focal point”. Individuals may have multiple foci (focal points) and the seizures may become generalized. These types of seizures can be as minimal as altered sensory perception or myoclonic ticks and then evolve to a grand mal.

All types of seizures may be preceded by an aura or set of symptoms that usually or seemingly always precede a seizure. The experienced symptoms may or may not be related to the seizure focus. Many patients experience disorientation and confused after having a seizure as they may have lost consciousness during their episode. This post-ictal period may last from minutes to hours after a seizure.

In 2014, the International League Against Epilepsy and International Bureau of Epilepsy reclassified epilepsy from a disorder to a disease (Fisher, et al., 2014). This classification is important in extinguishing stigma because the label “disease” denotes that there is a physiological etiology or cause to the set of presented symptoms.  In contrast, a disorder is represented by a set of defined symptoms that may not have a physiological origin.

There are various causes for seizures from drug overdose, hypoglycemia, hyponatremia, or shock syndromes. However, epilepsy is distinguished as a disease due to various biological factors that create an enduring predisposition for epileptic seizures including: genetic factors, traumatic brain injuries, cerebral vascular accidents (stroke), brain lesions, encephalopathies, or arteriovenous malformations. And depending on the affected region or regions of the brain, the symptoms of the seizure will differ accordingly.

Incidence of Epilepsy in Hispanics

The Latinx community or hispanohablantes have grown to be the largest minority group in the United States. Further, epilepsy also affects Hispanics the most out of any racial and/or minority group. Researchers believe that this is due to higher risk of cysticercosis, birth trauma, head trauma, and stroke in Hispanics.

Social stigmatization was quantified in a 2013 report by PAHO and IBE with Mexico and Central America reporting a 100% stigmatization rate by the general public, teachers, and employers. South America reports a 66.7% stigmatization rate. On average, Latin American and Caribbean countries report that 54.2% of their countries’ citizens perceive this disease in some discriminatory manner, 70.8% admit to stigmatization, and 70.8% conclude that epilepsy is perceived with fear. Alternatively, only 29.2% of individuals maintain that epilepsy is understood and 12.5% perceive epilepsy with empathy (Report on Epilepsy in Latin America and the Caribbean, 2013).

Within the Latin community individuals do not discuss their health problems openly. As a result, individuals often go untreated. People most often misunderstand epilepsy as a mental health issue as opposed to a neurological issue. Society refers to epilepsy patients as enfermos or “sick people.” Due to lack of education, these individuals do not seek treatment, or their family does not, due to the potential association of 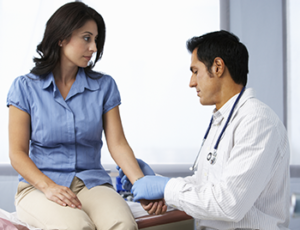 “Education is key. Awareness is the first step.”

The process to achieve seizure control can be daunting and frustrating, but it IS possible. Further, many individuals with epilepsy live a normal, seizure free life with the right medication regimen. However, those with active epilepsy are still struggling to find the best treatment plan for them. The International League Against Epilepsy defines active epilepsy as “at least one epileptic seizure in last five years, irrespective of anti-epileptic drug treatment” (Bhalla, et al., 2017).

In Latin American countries, the incidence of epilepsy estimates to approximately 5 million. Further, the treatment gap or number of untreated individuals estimates to greater than 50%. Consequently, this indicates that at least 2.5 million people are not receiving medical treatment for their seizures. A recent study finds that in the past 15 years there has been no noticeable change in the incidence of epilepsy in Latin America.

In conclusion, the history of epilepsy is long and complex due to the slow progression of medical discovery. First, academic groups had to evolve beyond religious/divine beliefs to identify a biological cause to study: the brain. Subsequently, physicians had to overcome the limitations of their technological constraints while developing new therapies. Finally, contemporary medicine allows various treatment options such as oral medications, VNS (vagal nerve stimulator), Neuropace, and epilepsy surgery. Even with these options available, epilepsy is still being fervently studied due to the wide spectrum of seizure types.

To date, approximately a third of people with epilepsy have intractable or uncontrollable seizures. Of this group, 60% will have an unidentified cause of their epilepsy. Sometimes, despite the various types of medications and/or combinations used, a person may not respond to treatment, develop allergic reactions, and/or experience unwanted side effects. It is this “refractory” group that needs the most aid in achieving better seizure control (Arguello, et al., 2015).

Individuals with active epilepsy are the largest group stigmatized in both the United States and Latinx communities. Further, social stigmas persist due to misconceptions about epilepsy as a disease and the assumed limitations it creates for the afflicted individual on the medical, social, and functional levels. Specifically, these misconceptions affect individual’s desire to seek treatment and continue treatment due to the potentially extensive neurological evaluation. Therefore, in order to minimize the treatment gap of Hispanics with epilepsy, there must be a change in public awareness and an increase in clinician knowledge, extending to cultural factors, to better accommodate Hispanic patients struggling to manage this disease.

Jacquelin is a graduate from University of Maryland, College Park with Bachelor of Science in Biology. She has worked in neurological clinical research for 5 years, publishing 1 article and is pending another publication. Jacquelin is currently working on a project focusing on how to improve quality of healthcare for patients with epilepsy in the Latin community.

She has a special interest in the brain and epilepsy since beginning to work with Dr. Gregory Mathews and hopes to continue on to medical school to become a neurologist, specializing in epilepsy.