In a new finding, 53 percent of women with frontal lobe epilepsy, in which the seizures begin in the front of the brain, experience more frequent seizures during pregnancy, suggests a study that was presented at the American Epilepsy Society Annual Meeting. 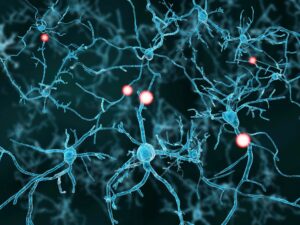 The study also confirmed previous research that found women with focal epilepsy (in which seizures begin in one area of the brain) were more likely to experience more frequent seizures during pregnancy than those with generalized epilepsy (in which seizures affect both sides of the brain). The new study found that those with the frontal lobe type of focal epilepsy were especially likely to experience more frequent seizures while pregnant. Researchers also noticed that although women with focal epilepsy do worse during pregnancy when compared with women with generalized epilepsy, they tend to do better during the postpartum period. However, this finding did not reach statistical significance.

“Physicians need to monitor women with focal epilepsy – especially frontal lobe epilepsy – more closely during pregnancy because maintaining seizure control is particularly challenging for them,” said Paula E. Voinescu, M.D., Ph.D., lead author of the study and a neurologist at Brigham and Women’s Hospital, Boston. “As we know from other research, seizures during pregnancy can increase the risk of distress and neurodevelopmental delays for the baby, as well as the risk of miscarriage.” 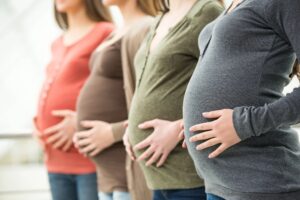 The study included 114 pregnancies (99 women) and researchers analyzed seizure frequency during three periods: the nine months before pregnancy, during pregnancy and the nine months after birth (postpartum). They found:

The researchers also found that increased seizure activity tended to occur among women on more than one anti-epileptic drug (AED). In women with frontal epilepsy, seizure worsening was most likely to begin in the second trimester of pregnancy.

“Frontal lobe epilepsy is known to be difficult to manage in general and often resistant to therapy, but it isn’t clear why the seizures got worse among pregnant women because the level of medication in their blood was considered adequate,” said Dr. Voinescu. “Until more research provides treatment guidance, doctors should carefully monitor their pregnant patients who have focal epilepsy to see if their seizures increase despite adequate blood levels and then adjust their medication if necessary.” 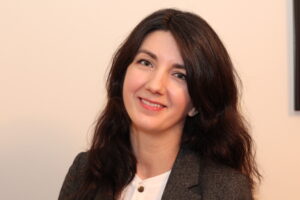 Dr. Paula E. Voinescu received the My Epilepsy Story, Kimford J. Meador Research in Women with Epilepsy Award at the 2018 American Epilepsy Society Annual Meeting which was held in New Orleans. Louisiana for her research on “Women with Frontal Lobe Epilepsy Most Likely to Have More Seizures While Pregnant.”

Dr. P. Emanuela Voinescu is a Junior Faculty/ Investigator at Brigham and Women’s Hospital/ Harvard Medical School. Originally from Romania, she started on the research path when, during medical school, she won summer undergraduate fellowships at California Institute of Technology and worked under the mentorship of Dr. Mary B. Kennedy.  After a solid training in the molecular underpinning of synaptic specificity and plasticity, as a PhD student in the lab of Dr. Joshua R. Sanes at Harvard University, she pursued clinical training in Neurology and subspecialized in Epilepsy, a fascinating disease where the neuronal connections are dysfunctional.

She is currently focusing her clinical and research efforts to improve the care of women with epilepsy of childbearing age, working closely with Dr. Page B. Pennell. Her research so far has focused on optimizing the selection of the antiepileptic regimen in the preconception settings and fine-tuning it to adequately compensate for the specific drug clearance changes during pregnancy.