The first time I genuinely told my story, it was to complete strangers. I was shadowing a pediatric neurologist and knowing my background, he asked me to share my experience with epilepsy with one of his patients. She was having a difficult time in school, she was isolating herself from her family, and she felt that no one really understood exactly what she was going through. He thought that by talking to her, I might be able to help. I agreed.

When I walked into the room, I was nervous. I had told my story to plenty of others, but hardly ever was it face to face, and never before had I spoken to an entire family. I honestly was not sure how much help I would be, but I was determined to give it a shot. After brief introductions, they shared with me some of their issues, and I, in turn, told them about the struggles I had gone through when I was that age. I spoke openly and sincerely, and by the time I had finished we were all in tears. “It’s like you were there.” Her parents told me, “There in our house. That’s exactly it.” The raw emotion in the room was palpable. “Thank you,” they continued, “you’ve given us hope.” 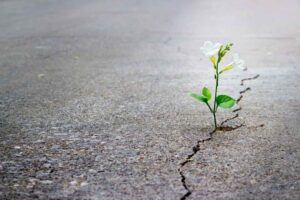 I was overwhelmed and touched by their response. Here was this family, resonating with my story, and hearing their own issues being echoed back at them from a total stranger. I knew exactly what it felt like to be in their daughter’s shoes, and by sharing my story I had inadvertently shown them the light at the end of the proverbial tunnel. It had also opened my eyes to my own inner strength and accomplishments, something I too often disregarded.

Never once had I considered something so simple could be so powerful. I had walked into that room thinking the best I could provide was a brief sense of comfort, but I ended up giving them something they had not felt in a long time, hope. It was a humbling experience, and I too felt their shared sense of hope. This encounter was the first time I had witnessed the significance of personally reaching out to others like myself. Being able to relate and empathize with other epilepsy patients is a tremendous gift that is all too often overlooked and underestimated.  As people living with epilepsy we lead unpredictable lives and that can be difficult to accept, but so long as we live, we are living symbols of hope to the millions of others around the world just like us.

We all have our own story to tell. Each of us has lived through a variety of unique circumstances. We have all encountered different obstacles, struggled with countless problems, but we should all learn to recognize the power we possess. Embrace it, use your epilepsy to your advantage, and help others the way you might have once needed help. Your lives are a testament to your strength and courage. Be strong for others when they are weak, lift each other up through mutual support and understanding. Do not be ashamed, and take heart that you are not alone in this fight. It will not be easy, bad days will inevitably come, but don’t let that stop you from proudly proclaiming your story.

Ashley is a recent graduate from The Ohio State University and young woman living with Epilepsy.  Ashley is joining My Epilepsy Story in her new featured section called Ashley’s Advice.  Ashley has a passion for helping other girls and women living with epilepsy especially young women that are starting college.