Dr. Voinescu started doing research at Caltech,  as a summer undergraduate fellow in Dr. Mary B Kennedy’s lab, she then pursued a PhD at Harvard University, in Dr. Joshua R Sanes lab, and got a solid training in the molecular underpinning of synaptic specificity and plasticity. Under the mentorship of Dr. Pennell since residency, her clinical research so far aimed to optimize the selection of the antiepileptic regimen in the preconception settings and fine-tune it to adequately compensate for the specific drug clearance changes during pregnancy. Dr. Voinescu plans to expand her clinical research into translational aspects of how sex hormones and genetic variability influence neuronal excitability and implicitly epilepsy pathophysiology, but also response to medications. 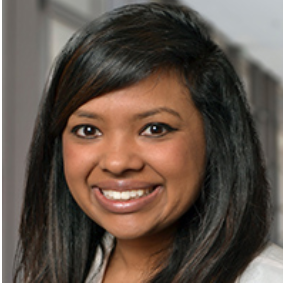 Sarita Maturu, DO is an Epileptologist at Ohio State Wexner Medical Center in Columbus OH. She has obtained her medical degree at Ohio University College of Osteopathic Medicine in Athens, Ohio. She went up north to Henry Ford Hospital in Detroit, MI where she spent the next 4 years completing her Neurology residency. She then completed her fellowship at University Hospital Case Western Medical Center where she was trained in Epilepsy.

Dr. Maturu became interested in Epilepsy quite early on in her training. She has a special interest in treating women with epilepsy and a passion towards improving quality of life in this specific patient population. In partnership with the Maternal Fetal Medicine department, she has developed the Epilepsy and High Risk OB Clinic where she manages women that have epilepsy and are pregnant. She has also helped develop the Epilepsy Transition Clinic that partners with Nationwide Children’s Hospital to provide more personalized care through this time.

Gregory Barnes, M.D., Ph.D., is the inaugural permanent director of the University of Louisville Autism Center. Dr. Barnes comes to UofL from Vanderbilt University. Barnes also hold the Spafford Ackerly Chair for Child and Adolescent Psychiatry and faculty positions in the departments of Neurology and Pediatrics.

“Dr. Barnes is a national leader in providing care for people who are affected by autism,” said David L. Dunn, M.D., Ph.D., executive vice president for health affairs at UofL. “His emphasis on evidence-based treatment, teamed with his research into potential genetic influences into the development of the disorder, as well as the potential influence in epilepsy, make him a perfect fit for our program.”

He earned his bachelor of science degree in molecular biology from Vanderbilt University before earning his PhD in biochemistry from the University of Kentucky. Dr. Barnes also earned his medical degree from UK. He served his pediatric residency at St. Louis Children’s Hospital in affiliation with Washington University School of Medicine. He served as a clinical fellow in pediatrics, neurology and epilepsy at Boston Children’s Hospital and Harvard Medical School. He completed an epilepsy research fellowship from the Duke University Center for the Advanced Study of Epilepsy.

Dr. Caryn Dutton is the Division Director of Family Planning in the Department of Obstetrics and Gynecology at Beth Israel Deaconess Medical Center and on faculty at Harvard Medical School in Boston, MA. She obtained her M.D. from the University of Connecticut, then completed residency in Obstetrics and Gynecology at Kaiser Permanente in Santa Clara, CA and her fellowship in Family Planning at the Los Angeles County-University of Southern California Medical Center. Dr. Dutton has long standing expertise in gynecologic and contraceptive care for patients with epilepsy, initially while she was at the University of Wisconsin School of Medicine and Public Health in Madison, WI and expanding this role in her collaborative care of patients with the Women’s Neurology Program at Brigham and Women’s Hospital in Boston, MA from 2010-2020. She has been named by her colleagues as a “Top Doctor” in Boston Magazine and has received numerous teaching awards for her work as a medical educator. Her research interests include evaluating the impact of anti-seizure medications on contraceptive hormones. As a board member for My Epilepsy Story, Dr. Dutton looks forward to continuing to advocate for and educate to advance provider awareness and patient access to high quality reproductive health services for patients with epilepsy.

Jacquelin Argüello, B.Sc. is a Masters of Nursing student at Johns Hopkins University. She became interested in Epileptology in 2013 as a clinical research intern working on anti-seizure medication trials and epilepsy surgery projects. In 2015, she presented the poster presentation “Epilepsy surgery at a private Epilepsy center” at the OMICS International Epilepsy & Treatment Conference. In 2019, findings from her deep brain stimulation research were presented at the Neurosurgical Society of the Virginias Annual Meeting and American Association of Neurological Surgeons Annual Meeting. In 2017, she earned a Bachelor’s of Science in General Biology from the University of Maryland, College. In 2018, she met Brandy Parker-McFadden and began working with My Epilepsy Story (MES). Her ultimate goal is to become a Nurse Practitioner in Neurology with plans to focus on women’s health and epilepsy, particularly within the Latino community. She hopes to continue working with MES for many years to come! 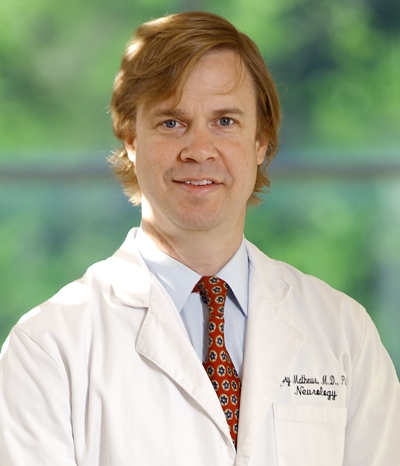 Dr. Mathews is a neurologist in Silver Spring, Maryland and he owns a practice specializing in the diagnosis and treatment of epilepsy. In addition, he is the Medical Director of the Epilepsy Monitoring Unit at Holy Cross Hospital in Silver Spring. Dr. Mathews holds a Bachelor of Science degree in Biology from Georgetown University in Washington, D.C. He earned his medical degree and Ph.D. from Washington University School of Medicine in St. Louis, Missouri. He completed his residency in Neurology and Fellowship in Clinical Neurophysiology and Epilepsy from Johns Hopkins Hospital in Baltimore.

Dr. Mathews was a Research Fellow with the National Institute of Neurological Disorders and Stroke, Synaptic Physiology Unit. He is a Diplomat of the American Board of Psychiatry and Neurology with special qualification in Clinical Neurophysiology. Additionally, he has served on the faculty in the Department of Neurology at Vanderbilt University School of Medicine from 2003 to 2010. Dr. Mathews’ research focused on the basic physiology and pharmacology of inhibition in the brain with funding from NINDS and CURE. He has published extensively on the role of GABA metabolism, particularly on the contribution of metabolic precursors, on the strength of inhibitory synaptic transmission in the brain. In his current practice, he works to offer his patients all possible options for the treatment of their epilepsy.

Brandy Parker-McFadden is a wife, mother, patient advocate, Executive Director/Founder of My Epilepsy Story and a woman living with epilepsy.  She is a member of the American Epilepsy Society and American Epilepsy Society Epilepsy Leadership Counsil (ELC). Mrs. McFadden is a member of the AES ELC: Surveillance/Prevention Working Group and Membership Committee, a Consultant and Patient Advocate on the MONEAD Project, and COPE. Mrs. McFadden was named PCORI Ambassador in 2014. In addition, she is also a member of the American Academy of Neurology: Epilepsy Quality Measure Development Work Group and American Academy of Neurology: Women with Epilepsy Guideline Work Group.

Mrs. McFadden testified before the Institute of Medicine (IOM) about her personal epilepsy story in 2011, which inspired her to found, My Epilepsy Story. She has presented at numerous hospitals and universities for Grand Rounds throughout the United States to help doctors understand the importance of Patient-Centered care as well as ways to incorporate this when caring for their patients.  Mrs. McFadden also presents on the importance of Patient-Driven Research.

Mrs. McFadden’s passion is to advocate for cutting-edge clinical care and research for women living with epilepsy. She believes that we can “bridge the gap for women diagnosed with epilepsy” by having Women’s Epilepsy Clinics and Centers across the globe.  Also, she believes that women’s health issues related to epilepsy needs to be addressed globally. Mrs. McFadden is also passionate about having a national pregnancy registry that is federally funded. In addition, she has an interest in finding out the FULL IMPACT that anti-seizure medications have on ALL people living with epilepsy.

Mrs. McFadden lives in Tennessee with her husband, James and their three children Samuel, Hannah-Kate, and David.